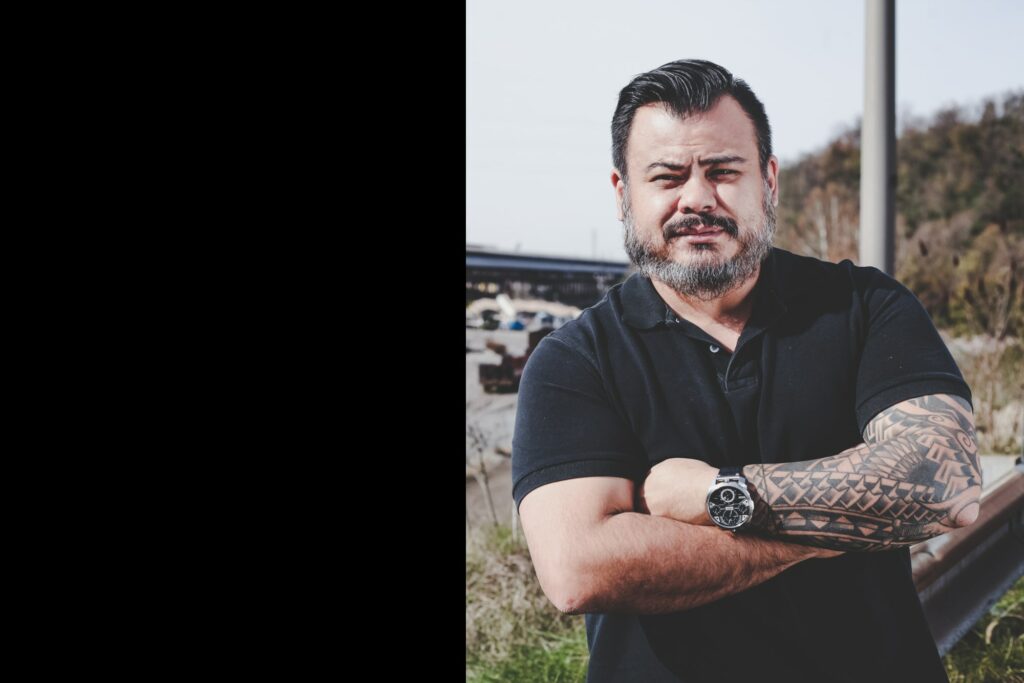 Romeo Spino is an entrepreneur, speaker, and the active CEO of StratasCorp, a corporation that services both the government and public sector with Information Technology and Digital Creative Media Services. Romeo’s previous experience consist of having over 13 years in the government sector as an executive management professional and currently owns one of the fastest growing small businesses providing information technology services supporting the Department of Defense. Romeo has been recognized on multiple occasions by Inside Business as a recipient of the Entrepreneurial Excellence Award and Top 40 under Forty Award.

A strong believer in giving back to the community, Romeo supports non-profit organizations such as National Autism Awareness, National Ovarian Cancer Coalition, American Foundation for Suicide Prevention and the Wounded Warrior Project. He believes his purpose is to identify with his employees and to create an environment that allows everyone to grow both professionally and personally.

Romeo currently resides in Virginia Beach, Virginia where he enjoys working on his fitness goals with CrossFit and taking care of his English Bulldog.

Although Romeo was born in Beaufort, South Carolina he considers himself to be from everywhere. He grew up as a military brat whose father served over 20 years in the United States Marine Corps and his childhood growing up in Japan, Hawaii, North Carolina, Virginia, and Pennsylvania.

Romeo considers himself a “purebred entrepreneur” starting a business at the age of 10 selling golf balls at the 9th hole of golf courses to golfers who lost them in the brush and water hazards. He would go to local golf courses and crawl through the bushes to gather golf balls and then ride his bicycle to the local grocery store where he would collect damaged egg cartons and clean them to package the golf balls in sets of six or twelve and sell them to the golfers for .25 cents per ball.

At the age of 12 Romeo started his own lawn care service where he would mow the lawns for military wives whose husbands were deployed overseas. He would offer lawn cutting services two times a month per house and would also offer a free service to water their lawns to ensure the grass would always grow so that he was able to mow the lawns of each house twice a month to maintain a steady income.

At the age of 15 Romeo moved to Pittsburgh, Pennsylvania after his father retired from the military and started a snow shoveling business during the winter seasons where he shoveled driveways and walkways for people to walk and park their cars.

From the ages of 16 -20 Romeo worked as a stock clerk at a local Italian deli market located in Jeannette, Pennsylvania where he started to learn the process of how to build a business. This is where he learned that customer service is vital to the legacy of any business. He later worked his way into merchandising where he began his knowledge of how to market products to attract consumer attention and retention to help grow sales.

From the ages of 21-25 Romeo became a sale representative for the same Italian deli market and began traveling the United States selling imported Italian food products to large national grocery retailers and distributors. After a few short years, he became a regional sales manager for the southwest region. He was responsible for training national brokers how to sell and market his products, encompassing seven states.

After moving to Virginia Beach, VA in 2004, Romeo decided to change his career and started an Information Technology company with a friend specializing in training government military members and contractors in various information technology fields. Three years later Romeo sold his shares of the company and worked for various IT companies servicing the government.

In 2015, at the age 38, after having over 13 years of experience in the government contracting field, Romeo decided to start his own company, StratasCorp, and never looked back over his shoulder. Romeo is the active CEO of StratasCorp and oversees each division of Stratas Tech and Stratas Media Group. In only three short years after starting his company, Romeo has captured over $200 million in revenue and with a workforce of over 300 employees worldwide. StratasCorp has become the fastest growing small business in the government IT sector providing solutions to federal government and defense end-user requirements for land, sea, air, and space missions.

In 2015, Romeo founded Stratas Tech which provides information technology services and a cadre of certified and experienced personnel who are subject matter experts specializing in C4/IT Command, Control, Communications, Computers, Information Technology servicing the Department of Defense (DoD). Today Stratas Tech operates in over 10 countries with more than 250 employees around the world.

THE CULTURE OF BUSINESS

In 2019, after spending three years building his own personal brand with his content production team, Romeo launched a new podcast series called “The #Culture_Of_Business”. On the podcast, Romeo talks with entrepreneurs, and people who are in the sports and entertainment industry, about their personal journey of how their own individual culture, work ethic, and mindset plays an important part of their process when building a brand or business.

PGH Collective – StratasCorp CEO, “F*ck That Noise”, A Lesson in Getting Stuff Done.